Is it safe to swim on the beaches around Kenting National Park?

Is it safe to swim on the beaches around Kenting National Park? 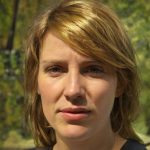 Yes, it is safe to swim on the beaches around Kenting National Park. The water is clean and clear, and there are plenty of lifeguards on duty. However, be aware of the strong currents and waves, and always swim with a partner.

Yes, it is. Or at least it is as safe as swimming around any other tourist spot. You should still be careful and respect local rules and guidelines.

As this guide on the best beaches to swim in Kenting explains, there are currently only four beaches in the region that are recognized as safe areas for swimming by authorities. Those are White Sand Beach (Baishwan), Small Bay (Xiaowan), South Bay (Nanwan), and Sail Rock Beach (Chuanfan). White Sand Beach is the one that was featured in 2012’s The Life of Pi. And Sail Rock Beach has a big rock that some people claim looks like Nixon’s Head.

There are other beaches in the region that are popular tourist spots for both swimming and snorkeling. Swimming on those other beaches is not banned, it’s just not advised. And even when swimming on one of the four “safe” beaches, it’s important to be careful and avoid going too far from the shore. The region is known for having strong undercurrents. 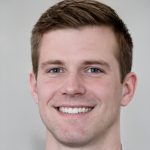