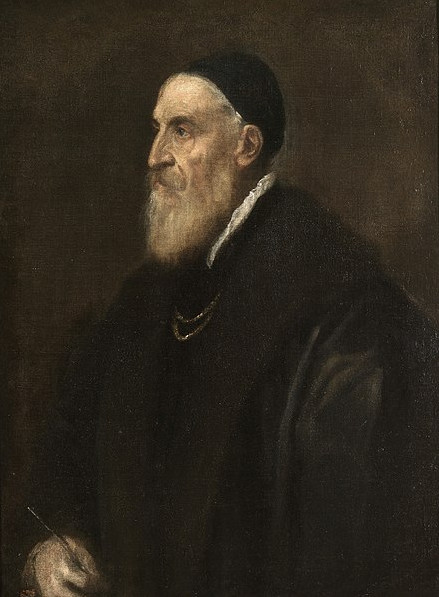 Tisian was born in the natural beauty and charming environment of Alps in Italy. His father was a highofficial in Army. That is why they were famous as a cultural and aristocratic family. Science childhood Tisian was thoughtful and poetic in nature. This is because of nature environment streams of hills, leaves and flowers of trees, forest of pine and open sky of his birthplace. All these elements inspired him to be inclined to painting picture. His father wanted him to be a lawyer and so he was sent to Venice. But he took first lesson of painting with his friend Guorgon at the age of 20. Within a very few days Tisian established himself as a painter in upper class society with his talent and nobility. Tisian had skill in both the forms of portrait and composition. Tisian was the greatest among Venetian painters and was patronized by aristocratic society. In those days Florence of Italy was famous for arts and similarly Venice was popular enough as international trade center. He was given the imperial post of art. Along with his talent of arts Tisian was very amiable as a man. He was very conscious about the standard of his wisdom and art.

Tisan had wonderful mastery over colors. He lost his mother at the age of 6 months and that is why he could not hide this pain in his heart until his adulthood. At the end of his life he drew the famous painting “Mother”. He in his imagination, tried to install departed soul of his mother in Marry, the mother of Jesus Christ. Just before his death he dreamt his mother as if she were calling him .And so he said to his friends and pupils, “Mother is calling me. I’ll very soon leave you.” This artist died of plague at the age of 99. He finished driving “Mother just before few days of his death. Few more of his great arts are – Dance and the shower of Gold, Bach us and Arden, Salome and head of John etc preserved in London Imperial art Gallery.